Shanghai and expats’ relationship is as long as it is peculiar. From the 18th century premises, to nowadays dynamic foreign population, expats have been witnessing and participating in the city’s expansion. To understand why Shanghai is still one of the most attractive cities in China, ASI Movers - expats best relocation partner for more than 10 years - has thus decided to take a look back at the past but also have a look at what characterizes the expat population today.

Let’s explore who were and who are the foreigners living in Shanghai!

Shanghai: Expatriation as a Tradition

It all started in the 18th century, when Chinese silk, porcelain and tea started to become popular in Great Britain and imported there. While Chinese rulers at the time were not interested in foreign goods, Great Britain nevertheless took advantage of the possibilities Chinese population represented and started to export Opium to the Middle Kingdom, as to re-equilibrate the balance. The infamous Opium Wars started just after, with the outcome we all know.
One of the many of the consequences has been the installation of a British autonomous settlement along the Huangpu River, whom « remains » are still visible today and among the most famous elements of Shanghai Patrimoine.

The Golden Age for Foreigners

American, French, and German quickly joined, forming a great foreign community and gathering in international concessions. The particularity of these concessions was that trade within their « borders » were not subject to Chinese law and could therefore trade freely.Then began a period prosperity for Shanghai’s « expat » community, not only in terms of trade, but also in terms of infrastructure (from new roads to fancy hotels, Shanghai looked nothing like the rest of China), making it the wealthiest and most cosmopolitan city in Asia. In the 1930s, Shanghai foreign communities already counted at least 60,000 individuals. Cultures started - if not to mix - to cohabit and westernized leisure places started to flourish (cafes, restaurants, international clubs, etc.) paving the ground for what Shanghai looks like today.

This era of blossoming Shanghai took an end after the Japanese took over the country and did not resume when the Communist Party took power since the foreign way of living as well as the foreign communities were looked down as forming part of the « Four Old »: old habits, old culture, old customs and old way of thinking.
It’s only a decade after the first economic opening measures that took place in 1978 that Shanghai started to re-conquer its old status as the flagship of the revenge the country was going to take over its History. As such, investors were enjoined to take part in the cities’ development. From then on, Shanghai’s development has been impressive, and the degree of change has nearly no equivalent elsewhere in the world.
Job opportunities came along with investment opportunities as the country’s opening-up process increased. 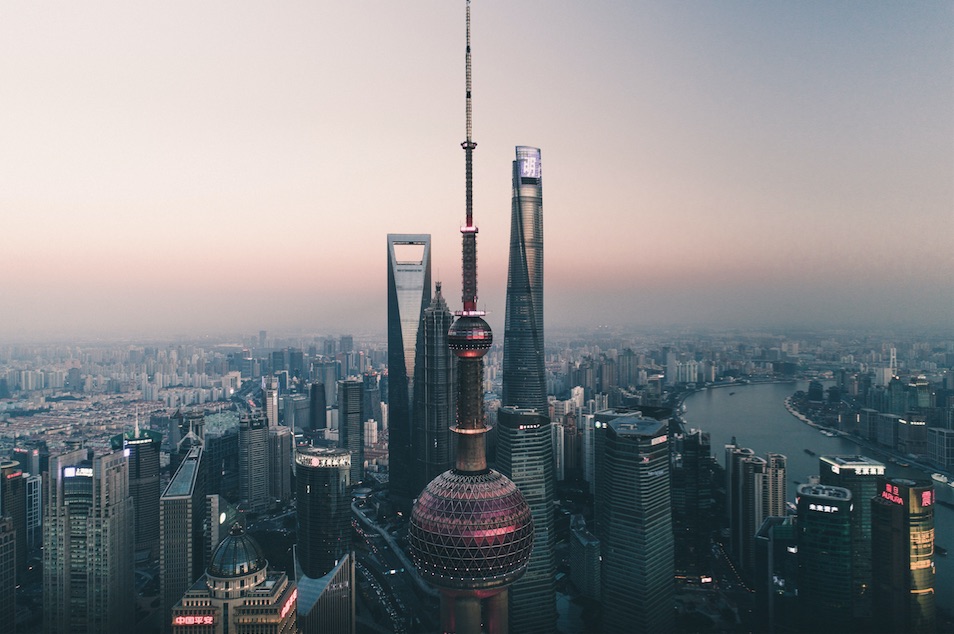 Shanghai expat community is now China’s first (2017), before Beijing and Hefei, with about 150,000 foreigners registered as of 2019 (the real figures are thus believed to be greater).

In terms of country of origin, one might not find the ones who ran the international concessions back in the early 20th century, as Great Britain does not even appear in the top-10.

Japanese, US citizens and South-Koreans account for respectively 17,8%, 13,6% and 12,2% of the international community, Japanese and South Koreans alone accounting for nearly 30%. 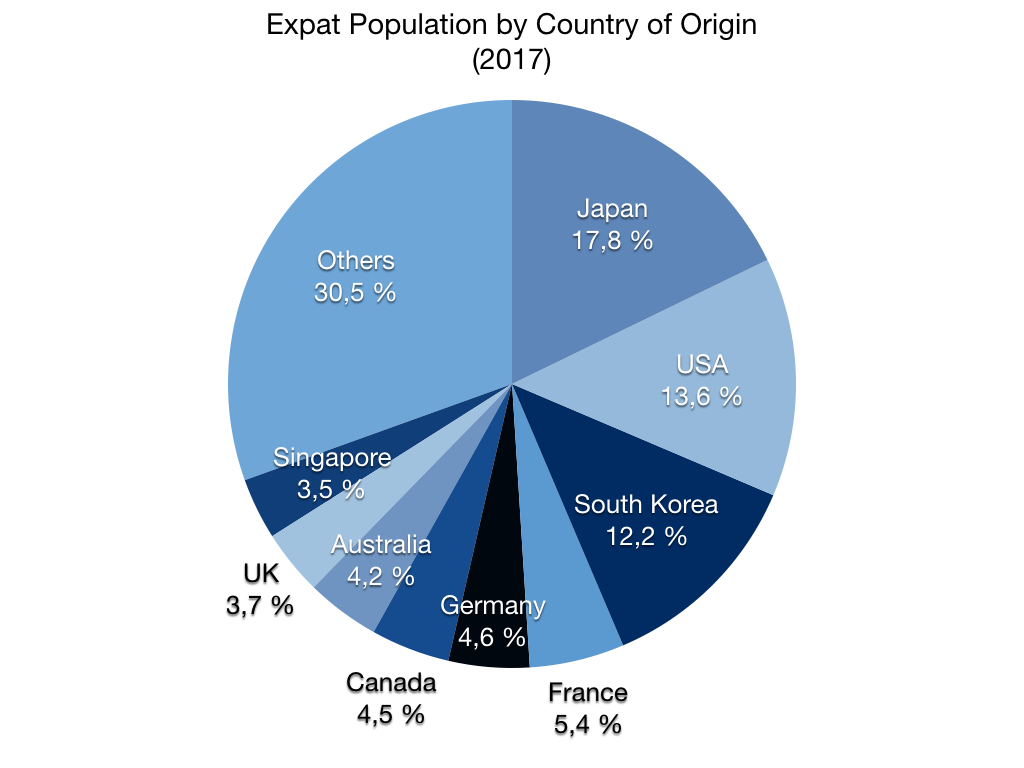 The three main reasons for expats to relocate to Shanghai as in 2016 were work (50,6%), family reunion (26,5%) and education (10%) (Shen Xinyin/SHINE). This is aligned with Shanghai current dynamic as a hub for international trade and investment. Consequently, when one member of the family moves for career purpose, her/his family follows.

Shanghai also is home for many students eager to get familiar with Chinese language, way of doing business, and culture.

As for China is general, the average age of expats is 41.7 years old, there is a majority of male and most of them are in a relationship. 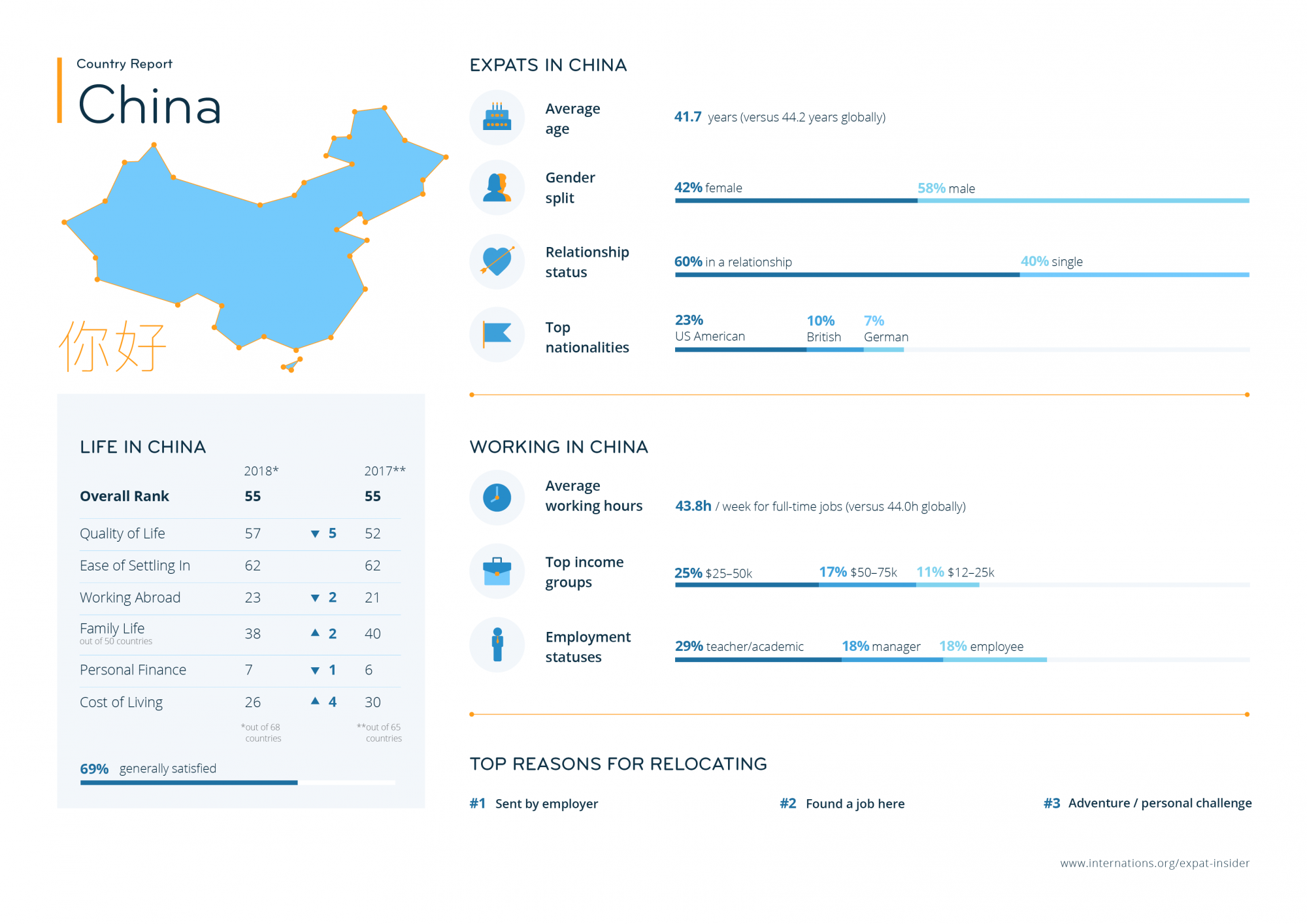 Nowadays, Shanghai has reconquered its reputation of Chinese most vibrant city. With business still flourishing, expats are naturally attracted by the opportunities it represents.

A younger population is also coming, with the idea of learning about the country but also be part of what is happening here in mind.

The city can be disarming for newcomers, as change happens fast and in impressive scales. Not only is it true for the city itself, some neighborhood disappearing and being replaced in a blink of an eye; it is also accurate when it comes to the business environment: it follows trends, and the opportunities available as well as the way one is exercising one’s job can vary rapidly. For someone to stay long-term, it means it requires to be adaptative, responsive to change.

However, that does not mean the city has no soul or deep identity, change is simply part of its nature and - as we have seen throughout its History - the constant is its dynamism.

ASI Movers has been helping expats relocating from, to, and within China for more than 10 years, accompanying them in their international journey with the most qualitative and comprehensive support. Because moving is always a challenge, we aim at making this journey the easiest possible for you!